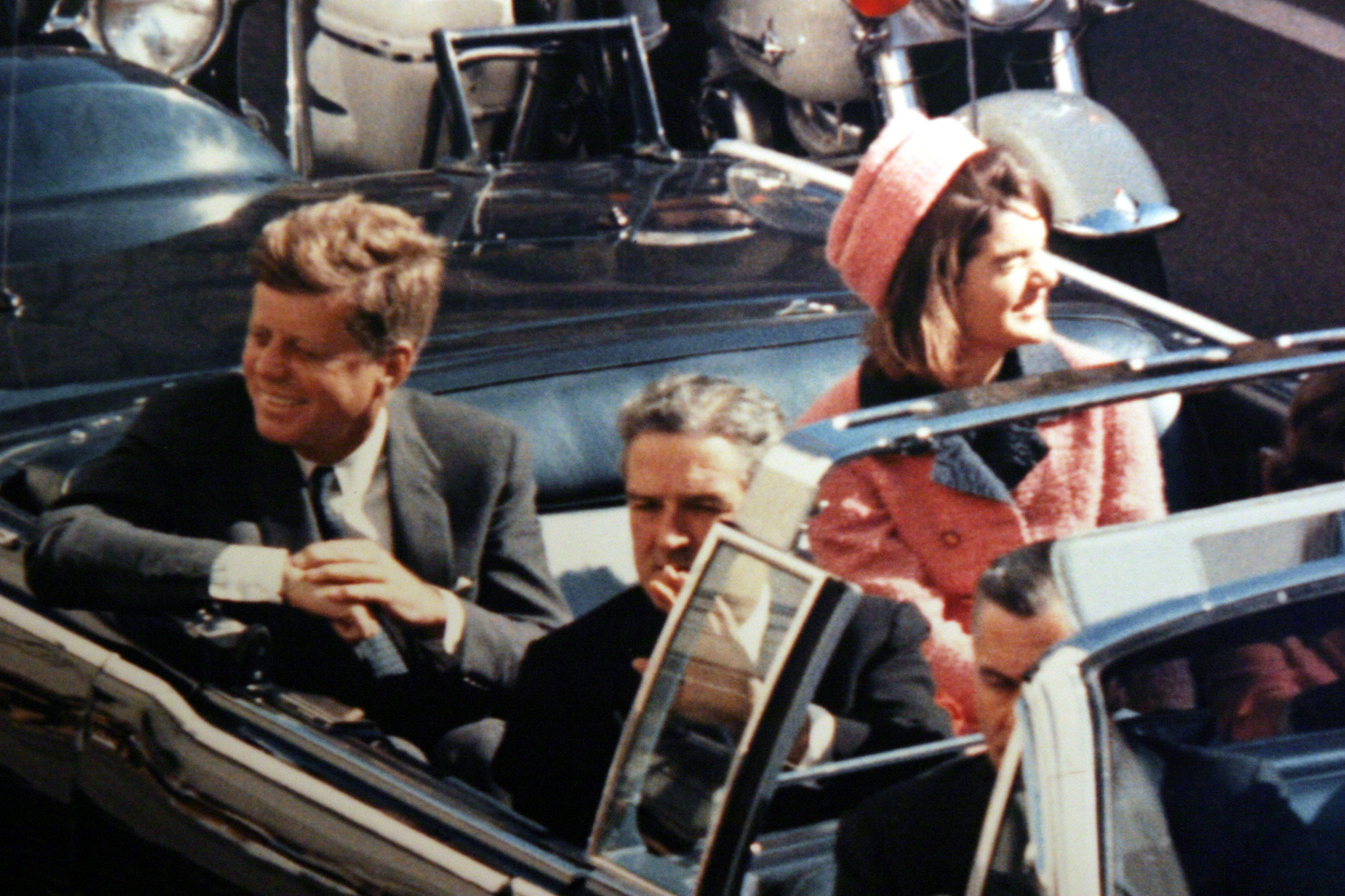 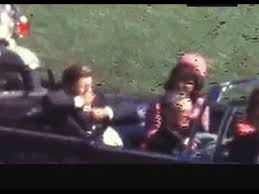 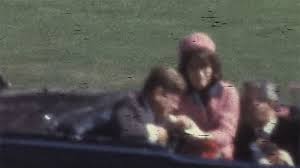 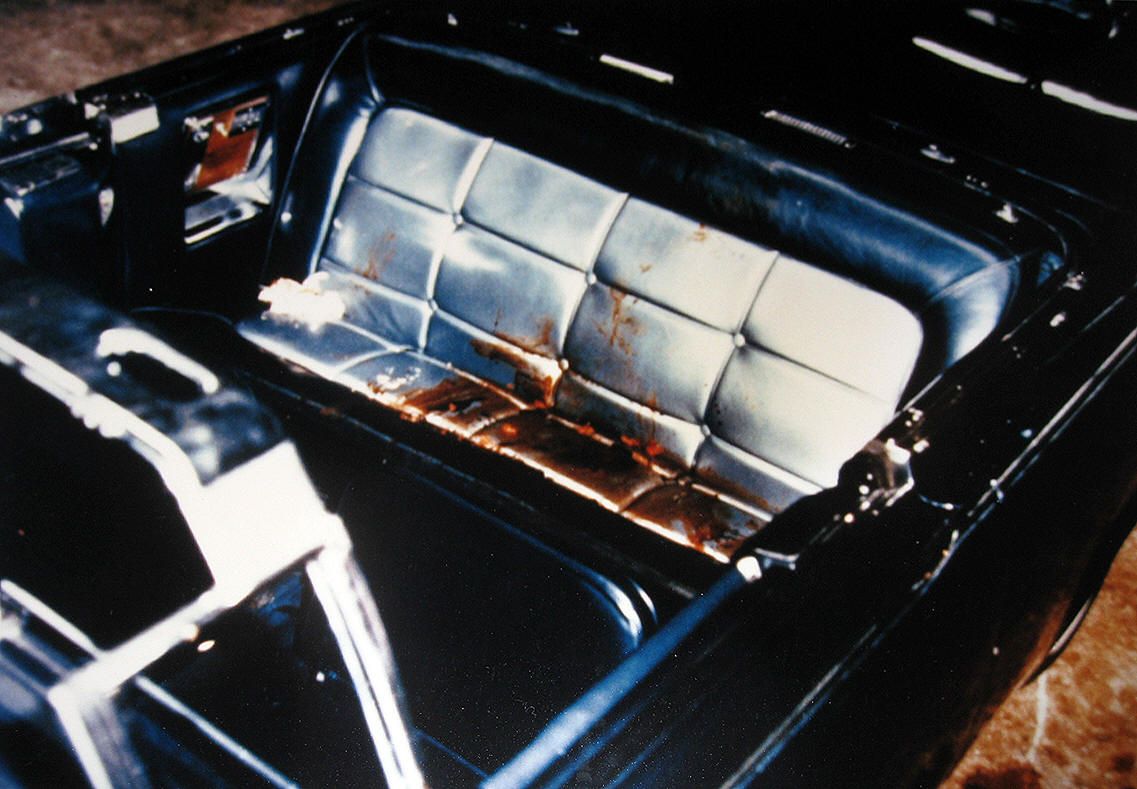 It took me more than half a century to get there: a destination that beckoned as well as repelled.

Inspired by President Kennedy in my youth and devastated by his untimely death, I had repeatedly and meticulously scrutinized innumerable photos and videos of the site and the dreadful historically-altering act that had transpired there, yet I was stunned when inspecting it in person. Pictures and film profoundly distort its size. The lens alters dimensions that only the eye can capture with precision. Contrary to common perception, therefore, the ignoble Dealey Plaza in Dallas, Texas, is far from an expansive location. It is in fact a compact setting with its collection of all-too-familiar structures and landmarks clustered in astonishingly close proximity. In truth it is startlingly small, just like the man who made it infamous.

This is where the course of American history was derailed for all time in six sickening seconds in the fall of 1963. It is the home of a gruesome event forever etched in the minds and hearts of those old enough to have suffered through it. It was there that a young, charismatic president’s life was brutally extinguished. Consequently, it is where a nation forever lost its innocence and its idealism. Given the endless chain of political and policy calamities that ensued John Kennedy’s slaughter and that continue unabated today, it is not unreasonable to expect that historians might yet pinpoint 12:30 p.m. Central Time on November 22, 1963, as the precise moment when American civilization began its own inexorable death spiral.

Ever since that dreadful episode nearly 55 years ago, countless vehicles have cruised down the triple lane thoroughfare where the carnage took place as if it were nothing more than an ordinary street. The wheels are still rolling. Daily. Hourly. By the minute. It leaves visitors to feel that the ignominious deed committed here is history snubbed or trivialized.

In the center lane crude white X’s designate where the two shots struck their prominent target. The first indicates where a bullet, approximately the diameter of a pencil and traveling at 1,900 feet per second, penetrated pulsating flesh, puncturing the victim’s upper back and throat; the other where a second metal projectile shattered the President’s skull, splattering the pavement and those in close proximity with presidential blood and brain matter and cranial fragments.

The rudimentary X’s are unseemly indicators of the enormity of the deed that happened on that swathe of asphalt. In a sense, these makeshift markers are metaphorical band aids, impossibly attempting to sanitize the gore that stained those spots and seeped into the psyche of millions of Americans who continue to mourn decades after the hideous crime claimed its victim and made victims of us all who lived through it. The sudden explosion of a president’s skull simultaneously shattered the fragile illusion that America had evolved into a highly civilized nation, incapable of such barbaric acts.

The distressing reality is that not only do thousands of tires repeatedly defile the vestiges of the bloodbath each day, but, when traffic momentarily abates, some visitors who perhaps know the tale of anguish only through superficial history lessons or through Oliver Stone’s fictional film, stand on or near the markers to be photographed, some of them grinning. Desecration mars this destination of secular pilgrims many of whose hearts still bear scars from the ghastly tragedy that occurred there on a sunlit November day so long ago but which remains evocatively fresh in the memory of those who endured it.

Dealey Plaza and, in particular, the road that bisects the grassy areas where spectators witnessed the horror are sacred ground, though they are not treated as such. Decency would dictate that since the assassination, Elm Street should forever have been a road not taken. Yet the short segment where hellish violence rocked the world has never been sealed off from traffic.

Today, the lonely unadorned plaque standing as a solitary sentinel of history on the grassy knoll merely relates the dry facts of the assassination without a hint of the magnitude of the human sacrifice and the country’s incalculable loss on that fateful day.

Incredibly, most of the nondescript square brick building from which the horror emanated is still used by the government. One wonders how employees can work in that nauseating structure without being persistently haunted by its vile historic significance. The Texas School Book Depository Building’s name has been changed to the Dallas County Administration Building, perhaps in a token — but utterly futile attempt — to decontaminate it of its ignominious past. Its continued occupation as an annex of county government is simply obscene. Also disgraceful are the shameless hawkers, pretending to be experts on the butchery that happened there. They prowl the structure’s immediate vicinity and assail unwary visitors in their eagerness to profit from the tragedy by peddling glossy magazines that tarnish the truth and tease voyeurs of violence with gruesome pictures of the abominable act.

The window from which the horror originated remains half opened as it was on that fateful Friday. From the across the street, it too looks small. So does the rifle barrel that rested on its sill ready to act out the devil’s will.

The grassy knoll, the abandoned railroad tracks behind it, and the triple underpass that once promised swift safety for the occupants of the presidential limousine are all nestled together, unexceptional now except to the curious who gather there to relive the fatal six seconds, to imagine what it must have been like to be eyewitnesses to the most momentous murder of the Twentieth Century.

Dealey Plaza is where cynicism triumphed over hope. Where the weak and irrational conquered the heroic and wise.

In one sense it was no surprise that the grotesque deed happened here: a city that was home to a bevy of right-wing political extremists. A city in which one of its newspapers published a vulgar full-page ad with John Kennedy’s picture above a bold headline of hateful words, “Wanted for Treason.”

In fairness, there was another side to Dallas, though. Enormous, enthralled crowds greeted the President and First Lady at Lovefield Airport and all along the motorcade route until the long topless limousine made its slow, cautious turn onto Elm Street, the last leg of the parade, where eager onlookers thinned out. The unexpected outpouring of cheering locals prompted Nellie Connally, the governor’s wife sitting in the limousine’s jump seat, to remark just moments before the lethal shot was fired, “You sure can’t say the people of Dallas don’t love you, Mr. President.” That seemed true even though Kennedy had garnered barely more than a third of the Dallas vote three years before.

On the sixth floor of the book depository building from which the assassin carried out his malevolent scheme, there is now a museum that provides facts intended to counter the relentless spewing of farfetched conspiracy theories while prominently exhibiting jolting assassination artifacts. It’s a disturbing juxtaposition: Lee Harvey Oswald and John Fitzgerald Kennedy – loser and leader — in close, repulsive proximity. Yet the two are necessarily inseparable here – as they are in history itself — if the complete and accurate narrative of events is to be told and understood and remembered.

The reconstructed sniper’s nest in the sixth floor museum is suitably cramped. A perfect lair in which a pathetic coward could hide while shooting his unsuspecting prey in the back. Plexiglas encloses the corner now, textbook boxes carefully re-positioned as they were when they concealed the assassin. Visitors can still peer down onto Elm Street from a nearby window or from the floor above for a view of what the slayer saw as he peered through his scope.

Because of the confined area of the plaza, it seems as if the assassin had a relatively easy shot, especially for a Marine marksman even though Oswald used a crude mail-order rifle. The scope, of course, magnified the head of his target, and the limousine crawled at eleven miles per hour, inching almost to a stop as it made the sharp turn onto Elm Street and then again as the first shot shattered the silence that surprised the Secret Service man driving the car. The presidential vehicle was ever so close; 63 yards for the first hit, only 81 yards for the shot that killed Kennedy.

The interior of the sixth floor is fittingly dingy and depressing, featuring exposed brick walls and roughhewn bare beams and dim, naked hanging light bulbs; window sills riddled with desperate words etched with pocket knives by poorly paid, unskilled laborers, likely bored or depressed while conducting their mindless, repetitive work. The ugly, rickety freight elevator contributes to the gloomy atmosphere that suffocated employees’ dreams of a better life. This place was a dead end, literally and figuratively.
From here a dishonorably discharged misfit marine slaughtered a decorated naval war hero. In the constricted confines of Dealey Plaza, the ghosts of the vulgar and the distinguished endure side by side in perpetuity.

John Kennedy made Americans feel big, capable of achieving greatness, even of accomplishing the impossible. His soaring eloquence inspired, appealing to the better angels of our nature, as is evident in an excerpt from the speech he was scheduled to deliver at the nearby Dallas Trade Mart: “Only an America which practices what it preaches about equal rights and social justice will be respected by those whose choice affects our future. Only an America which has fully educated its citizens is fully capable of tackling the complex problems and perceiving the hidden dangers of the world in which we live.”

For those of us who vividly remember the nightmare of Kennedy’s brutal slaying, whatever age we were at the time, we truly would never be young again. We were plunged into enduring cynicism and robbed of our hope for a future unsurpassed in the bleak history of mankind.

Oswald, the wretched life-long nobody, blasted his way into the history books. It was a moment when pessimism trumped idealism. This was the assassin’s lasting legacy to our country.

It all happened at Dealey Plaza. A very small place.

Mo Guernon is a free-lance writer and writing consultant with Quest Writing Solutions of Rhode Island.

2 thoughts on “A Shred of History”